In game 1 from the 2020 NBA Playoffs between Nets and Raptors, we saw how Toronto Raptors won 134:110 against Brooklyn Nets.

In their first match from the playoffs in Orlando Brooklyn Nets started very slow and lost the 1st period 20-37. Brooklyn also lost the second period 31-36 and the result at half time was 51-73 for Toronto Raptors. Everything looked decided at that clash but the team from New York played at the highest level after the break and won the 3rd period 35-22. When we thought that we can saw one of the greatest comebacks in the first round of playoffs this year the team from Canada showed why they are the second-seeded team in East and won the 4th period with 24-39.

Timothé Luwawu-Cabarrot was the only player from the Nets squad who finished with more than 20 points – he scored 26. Joe Harris added 19 and Caris LeVert and Jarrett Allen added 15 each. For Raptors, Fred VanVleet which contract will end after this season scored the most – 30 points. Serge Ibaka added 22 points for 25 minutes on the court as the only other player with more than 20 points for Toronto that night.
Toronto Raptors is the favorite not only in this series and in the upcoming game but also to win the East conference. The absence of Kawhi Leonard is not a decisive problem for them so far and they showed us that they can be among the best teams in NBA even without him. Brooklyn Nets without Kevin Durant and Kyrie Irving was a success that the team reaches the playoffs but I don’t think that can even win a game in this series unless of course they have a great day and scored a lot of 3s. However, I think that Nets will cover the spread in the upcoming playoff game and will not lose like in game 1. 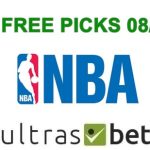 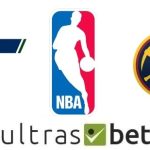