Nebraska will play against Iowa in Week 13 of NCAA Football on Friday.

The Nebraska Cornhuskers have a season to forget right now. The team is 1-3 and even though they beat Penn State, their biggest issue is the scoring ineffectiveness and that’s why they’re losing. They are averaging just 21.3 points per game with 176.8 passing yards. Things look a bit better on the rushing side of the game but still, this rarely translates into touchdowns. The defense is also very shaky as it is allowing 34.3 points per game.

Surprisingly, the Iowa Hawkeyes are a ranked team with a 3-2 record. They started the season pretty bad, falling to Purdue and Northwestern in two consecutive weeks but then got back on track and beat Michigan State, Minnesota, and Penn State. They are really famous for their defense this season as it is giving up just 16 points per game. RB Tyler Goodson is doing enough damage on offense with his 453 yards and 6 touchdowns.

Iowa is definitely winning this one. Not only they have found their rhythm but they will be playing against a team that can’t score much. This is music to the Hawkeyes’ ears and I expect this to be an even easier game than everybody expects. 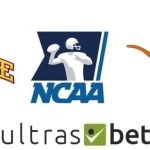 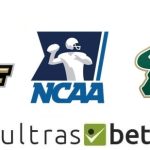