In a game from NCAAF Week 4, we will see Nebraska at Michigan.

The Nebraska Cornhuskers started the season with 3 losses and they will try to prevent their first 0-3 start for over a decade. They lost 6 of their last 8 games on the road and this one doesn’t seem to be winnable as well. The Cornhuskers’ ground game is averaging 258 yards per game. Adrian Martinez is completing 75% of his passes which was good for 1 touchdown and 1 interception. Defensively, they are allowing 28.5 points per game.

The Michigan Wolverines won 14 of their last 16 home games. QB Shea Patterson is completing 71% of his passes which is good for 589 yards, 6 touchdowns, and 2 interceptions. Karan Higdon is doing a lot of work on the ground, running for 228 yards and two touchdowns.

The Nebraska Cornhuskers have some issues on offense and they are failing to convert on 3rd downs. Even against smaller teams at home, they couldn’t score. Patterson, on the other hand, is starting to find his groove and he is improving with every single game. He’s now starting to look like the quarterback the Wolverine nation has been waiting for. 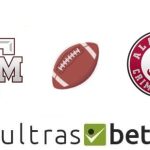 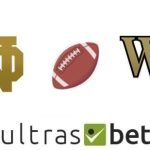