NC State will play against Virginia Tech in week 4 of NCAA Football on Saturday.

NC State started the season in week 2 with a win over Wake Forest, 45-42. They were not that dominant and it was all even after 3 quarters of play. QB Bailey Hockman finished with 191 passing yards on 16 out of 23 passing and 1 touchdown and 1 interception. RB Ricky Person Jr. added 99 yards on 14 carries and 2 touchdowns and the Wolfpack really relied on the ground game in this one.

Virginia Tech finished 8-5 last season, played some good football and now they are ranked 20th. This will be their first game of the campaign and we do not really know what to expect from them. The Hokies rushed the ball a lot last year and they were ranked 49th in the nation in rushing yards per game. The offense was really good, averaging 30.8 points per game while the defense was giving up 24.7.

The Wolfpack allowed 42 points to Wake Forest and that says a lot. There are definitely issues on defense and playing against a ranked side on the road will definitely showcase them. Anything but a dominating win for the Hokies will be a surprise. 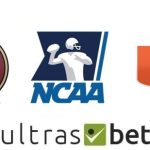 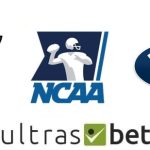