Army Black Knights is 8-3 and having one of the best offenses in the country. The Black Knights are scoring 35.5 points per game. They mainly rely on their rushing game to give them points. Out of their 229 first downs, they achieved 184 of them through rushing the football. Army averages 301 rushing yards per game while just 93.6 passing yards at the same time.

Navy Midshipmen is 3-8 and playing below average against elite teams. They only score 20.4 points per game which is a fairly low number compared to what Army is averaging. Navy also relies on a rush-heavy offense. They are averaging 228.7 rushing yards per game and 54.5 passing yards.

Army is the better team overall and they can also do damage with their passing game. Navy is way too one-dimensional and I‘m sure Army will come out prepared for stopping the rushing attacks. Expect Army to throw the football more than usual and win the game with key passes. 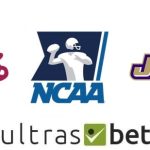