Montana State conceded just 2 losses and one of them was in their first game of the season. In the semifinals, the Bobcats won against South Dakota State mainly because of their amazing rushing attack. QB Tommy Mellott finished the game with 155 rushing yards and 2 TDs on 34 carries. Only RB Elijah Elliott was the other player used in the rushing but he had just 6 carries. As a passing offense, the Bobcats had just 233 yards.

North Dakota State finished the regular season with just 1 loss and come off a tough win over James Madison. The Bison also utilized the rushing game as they totaled 174 rushing yards, being led by RB Hunter Luepke who rushed for 110 yards on 19 carries. North Dakota State forced 2 turnovers and this really won them the game, especially having in mind that they came back from 13-14 to win the game.

Montana State has a really elite defense and we already saw that North Dakota State can struggle against a good defense. I’m sure both defenses will commit a few turnovers and this will be a low-scoring grinding game. Montana State has every chance to cover the spread as the Bison won’t be able to get ahead quickly. 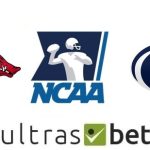 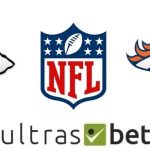