Arkansas Razorbacks will play against Penn State on Saturday at Outback Bowl.

Arkansas Razorbacks finished the season with 8 wins from 12 games and their only losses came against ranked sides, except for their loss against Auburn but Auburn is a good enough team to be ranked anyways. The Razorbacks usually run over their opponents with their efficient rushing game that is averaging 217.3 yards per game. The passing offense is also decent but not as nearly as good as the rushing attack, averaging 223.6 passing yards. The offense as a whole scores 31.5 points while the defense allows 24 points per game.

Penn State is a team that finished the season with 7 wins from 12 games and was once in the season ranked 4th in the country. That was before the Nittany Lions faced any tough opposition such as Iowa, Ohio State, Michigan, and others. Penn State does not have any problems with its defense as it allows just 16.8 points per game. The main issues come from the offense that is scoring 26.6 points per game with an awful rushing game, averaging 106.4 rushing yards per game.

Penn State does not have any memorable wins this season with the exception of their win over Auburn and Wisconsin. But these are all teams that have great defenses and not so great offenses. I’m siding with Arkansas here who proved to be the more consistent team throughout the season. 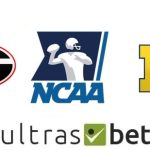 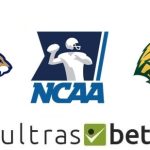