Minnesota Vikings will play against Chicago Bears in week 10 on Monday Night Football.

The Minnesota Vikings found their identity. They were a mystery during the first few weeks of the season but finally, they decided to give the ball to RB Dalvin Cook and he is paying off big time. He has 858 rushing yards with 12 touchdowns while his backfield buddy Alexander Mattison is doing a great job of being a backup, having rushed for 322 yards on 69 carries. QB Kirk Cousins has been limited the last couple of games and he is only throwing the football when needed.

The Chicago Bears started the season with 5 wins and 1 loss but since then, they are on a 3-game losing streak. The so-called best defense in football had to play three elite offenses such as Rams, Saints, and Titans and they allowed an average of 25 points against these sides. QB Nick Foles is currently in a situation where he is asked to throw the football 40 times per game and this is not how he is able to control the game.

With all this being said, the Vikings will definitely get the rushing game going at some point and the Bears’ defense will play a lot of snaps. Minnesota found their groove the last couple of weeks and they should be able to win this one on the road. 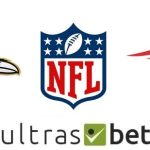 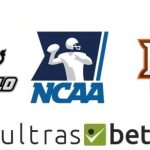