The Baltimore Ravens took a step back this season. They are 6-2 but the offense does not play as it should and the defense is a big question mark against elite opponents. That’s what happened in both of their losses this year- the defense was just not able to contain well-organized offenses. The Ravens like to pound the football on the ground and are first in the NFL in yards per game but their passing offense is 31st with just 176.9 yards per game.

The New England Patriots also like to run the football and they are 4th in the country in this ranking. Both teams look alike but we have to admit that Baltimore has played much tougher opponents so far this season. To me, it seems like Bill Belichick is forfeiting the season and we saw this last week against the Jets. New England was about to lose the game if it was not for a great comeback, led by Cam Newton.

There are still a lot of injured players for the Patriots and they have already lost a bunch of games at home. I do not expect them to be able to put fight against their elite opponent and will lose by more than 7, for sure. 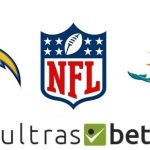 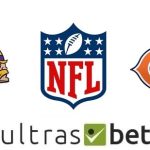