Minnesota will play against Maryland in Week 9 of NCAA Football on Friday.

Minnesota opened the season a week ago with a win-loss against Michigan and to be honest, I expected much more from them. QB Tanner Morgan did not have a great game at all after completing 18 of 31 passes for 197 yards, 1 touchdown, and 1 interception. RB Mohamed Ibrahim was an absolute beast, coming out from the backfield for 140 yards and 2 touchdowns on 26 carries but that was not nearly enough as the Wolverines rolled past the Gophers.

Maryland is also 0-1 after losing to Northwestern last week on the road, 3-43. They were abysmal both on offense and defense. Tua’s younger brother Taulia Tagovailoa transferred from Alabama to Maryland during the summer but the Terrapins expected much more from him. He completed just 14 out of 25 passes for 94 yards and 3 interceptions. The ground game was missing as well as Maryland rushed the ball just a couple of times.

I have one rule when betting- always pick a team that had an awful weekend to bounce back the next time. Minnesota got dismantled by Michigan but the Wolverines’ team is one of the best in recent years. The Golden Gophers are capable of much more and will prove this against Maryland. 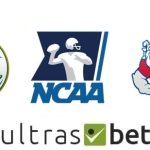 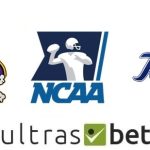