Middle Tennessee State will play against UConn on Friday at Pratt & Whitney Stadium.

Middle Tennessee lost 4 of their first 6 games this season, including against the 19th ranked Virginia Tech. The Blue Raiders’ offense is pretty inconsistent and so far it has been holding them back. The team is averaging 27 points per game on offense and allowing 31.3 points on defense. The rushing game is pretty much non-existing, averaging just 89.5 yards per game.

UConn’s record is even worse. The Huskies stand at 1-7 having only beaten Yale last week and we all know that Yale is not famous for its football team. UConn is worse than Middle Tennessee on both offense and defense, scoring just 16.6 points per game and allowing 35 points. The only side of the ball game UConn is better than Middle Tennessee is rushing the football where they average 118.4 yards per game.

All of Middle Tennessee’s wins this season have been blowouts. I do not see why this can’t happen again against a team that is struggling to score and allowing way too many points each game. 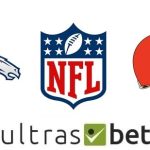 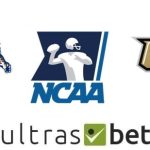