In a game from Sweet 16, we will see Michigan Wolverines at Oregon Ducks.

Michigan are seeded 7th but they showed great basketball right at the end of the regular season. They took their game into playoffs, winning over Oklahoma State after scoring 92 points and they did the same thing at Louisville when they defeated them by 73-69. Muhammed-Ali Abdur-Rahman is their key player, who scored 26 points in their last game while Zak Irvin and Derrick Walton Jr. were very impressive in the paint, grabbing 11 rebounds overall.

Oregon managed to beat the Rhode Island Rams by 75-72 after being 8 points behind at halftime. Both teams shot the ball well but the Ducks’ defense struggled during the early stages of the game. Tyler Dorsey scored 27 points while Dillon Brooks added 19 points and 9 rebounds. Oregon didn’t face any trouble in the first round when they met Iona as they beat them by 16 points.

[membership]Michigan got hot just at the right time- come playoff time. They are much better than their 7th seed and we all saw that Oregon has a shaky defense. The momentum is on the Wolverines’ side and I think this will be just enough to carry them to the Elite Eight. 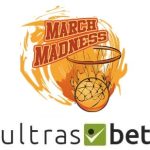