Miami Dolphins will play against Jacksonville Jaguars in week 3 on Thursday Night Football.

The Miami Dolphins are having another tough season. After they lost to the Patriots in week 1 at Foxborough, things did not get better in week 2 after losing to the Buffalo Bills by 3 points at home. Ryan Fitzpatrick was asked to throw the football 47 times and he completed 31 of these passes for 328 yards and 2 touchdowns. That was mainly because the running game was non-existent as Myles Gaskin finished with just 46 rushing yards.

The Jacksonville Jaguars, on the other side, almost won against Tennessee. They lost 33-30 but if they had a couple more minutes, they might’ve been able to make the comeback. QB Gardner Minshew completed 30 out of his 45 passes for 339 yards, 3 touchdowns, and 2 interceptions. RB James Robinson also added 102 yards and a touchdown on 16 carries. The defense, however, could not stop the rushing attack of the Titans and Derrick Henry was able to move the chains and control the clock on the ground.

I do not like any of the two defenses. Tennessee scored just 16 on Denver in week 1 and then beat the Jaguars 33-30. The Dolphins allowed 31 points to the Bills at home and they seem to have found their offense as scoring just 11 in week 1. I expect a high-scoring game, having in mind that Fitzpatrick and Minshew will be asked to throw the football a lot of times. 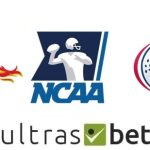