Marshall started the season very well crushing VMI 56-17. The team was very dominant on both sides of the ball, they scored 35 points in the first half and didn’t give VMI any chance since early in the match while on defense, they were able to stop the run and gave up just 56 yards. QB Isaiah Green threw for 238 passing yards for 4 touchdowns.

Boise State also started the season really well, coming from behind to beat Florida State 36-31 after scoring 10 points in the 4th quarter without conceding any. QB Hank Bachmeier threw the ball 51 times and completed 30 of these throws for 407 yards and 1 touchdown. RB Robert Mahone had a great game, rushing for 142 yards and 2 touchdowns on just 24 carries. The defense couldn’t hold Florida State but made some key players in the 4th quarter that helped them win the game.

Even though Marshall won last time out heavily, they still didn’t cover the spread. Boise State’s emotional last minutes against Florida State got may make them come out flat in this one. I still expect Boise State to win but I am not sure if they will be able to cover the spread. 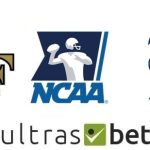 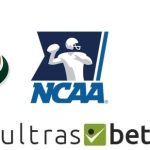