In a game from NFL Week 4, we will see Kansas City Chiefs at Denver Broncos.

The Kansas City Chiefs opened the season with 3 consecutive wins and Patrick Mahomes looks like the front-runner for the MVP trophy. He is completing 66.7 percent of his passes for 896 yards, 13 touchdowns, and zero interceptions. Tyreek Hill is playing his best football at the moment and he’s even looking better than Antonio Brown and Julio Jones. On offense, they’re scoring at least 38 games and they’re allowing 30 points per game which isn’t good for their defense.

The Broncos look for their third home win, in order to keep pace in the competitive AFC West. Case Keenum is completing 61.1 percent of his passes for 743 yards, three touchdowns, and five interceptions. They are mostly relying on their ground game to do the work and they’re averaging over 140 yards per game. Defensively, they haven’t been dominant as previous years but they’re still allowing under 24 points per game.

The Kansas City Chiefs are the team to beat at the moment along with the Rams. It is hard to believe that the Broncos can beat them, given the fact that their lacking talent on offense. I also believe that the over/under line is a bit too high. 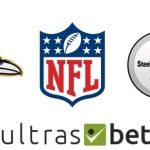 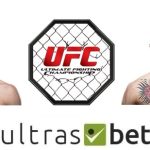