In NFL Preseason Week 3, we will see Jacksonville Jaguars at Miami Dolphins.

The Jacksonville Jaguars are still winless in the preseason. They lost to the Philadelphia Eagles last time out 10-24. Gardner Minshew and Alex McGough played decently in that game but they did not manage to get to the red zone on many occasions and this resulted in a poor result. They combined for 191 passing yards, 0 touchdowns, and 0 interceptions. C.J. Board made a statement with his 54 receiving yards on 4 receptions and he is looking towards a spot during the regular season.

The Miami Dolphins, on the other side, are 1-1 but they are coming off a tough narrow 14-16 loss to the Tampa Bay Buccaneers. Josh Rosen had a good game and Jake Rudock also played very well but both of them combined for just 174 passing yards, 1 touchdown, and 1 interception. There were too many dropped passes during the game that the Dolphins could’ve benefited from.

The Dolphins didn’t make the necessary stops late in the game against the Bucs but I expect this to be corrected against the Jaguars. Rosen will play against the starters and I see him throwing a TD pass. Jacksonville didn’t prove to have enough firepower from the backups and will also lose this one. 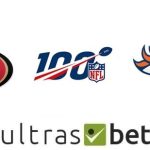 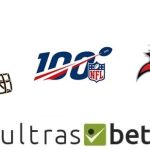