In a game from NFL Week 5, we will see Indianapolis Colts at New England Patriots.

The Patriots conceded two surprising defeats, especially the one in Detroit, but then they bounced back with a convincing win by 38-7 against the Dolphins. New England rolled up a 449-172 advantage in total offense, picked up 26 first downs while allowing 11 and controlled time of possession by a 36:22 to 23:38 margin. Tom Brady has completed 87 of 135 passes for 918 yards with 9 touchdowns and 4 interceptions so far in the season. He is receiving unexpected boost on offense from the rookie Sony Michel who has run for 196 yards and a score.

The Colts fought hard under their home turf against Houston but lost in overtime. They rallied from a 28-10 deficit to tie the game in the fourth quarter but then lost to a Texans’ field goal. The Colts’ offense proves to be better this year with Andrew Luck running the plays, however, he receives almost no support on the ground and his offensive line is suspect. His defense doesn’t do much, either, in order to improve their chances of winning.

This one looks like a typical win for Brady while covering the spread with the returning Julian Edelman in the squad, although I expect Luck to-be hanging around until half-time. 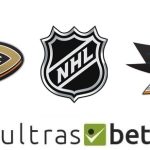 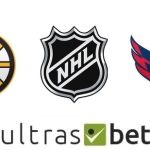