In a game from NCAA Football Week 9, we will see Indiana at Minnesota.

Minnesota could be without some key players in this one. Starting quarterback Zack Anexstad got injured last week in the first half while running back Shannon Brooks was arrested. The Golden Gophers allowed Nebraska to score 53 points on them. The backup quarterback Tanner Morgan played very well, despite having 0 touchdowns on his resume. Minnesota is scoring 26 points per game while allowing 28.6.

Indiana nearly caused an upset against Penn State but their efforts weren’t enough. They lost the game by 33-28 with Peyton Ramset throwing for 236 yards, 1 touchdown, and 1 INT. Their biggest strength, however, is on the ground, even though they mix it up. Indiana gained 554 yards on total offense but the turnovers prevented them from taking the W. Ramsey has now thrown for 1,860 yards, 13 touchdowns, and eight interceptions this season while Scott leads the team in rushing with 695 yards and six scores through eight games.

Both teams look very similar-inconsistent on defense and solely relying on the run. Given the fact that Minnesota won’t have their starting quarterback and running back in this game, I believe that the Hoosiers won’t pass on the opportunity to take the 1st win in 11 games in the Big 10 Conference. 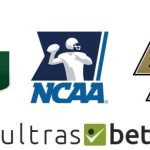 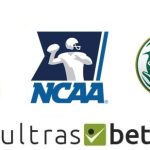