Houston started the season with a surprising loss to Texas Tech and since then they have won each of their next 11 games. The Cougars are top 25 in both points scored and points allowed. They average 38.8 points per game on offense and allow just 19.8 points per game on defense. The passing offense is amazing, being led by QB Clayton Tune who is completing 68.7% of his passes for 3013 yards, 26 TDs, and 8 INTs.

Cincinnati is 12-0 and on the verge of making the playoffs. The pressure is really on them here because if they fail to win, this will mean that they will also miss the playoffs, for sure. Cincinnati is also top 25 in points scored and points allowed. The Bearcats are scoring 39.2 points per game and allowing just 15.8 points.

Both teams have amazing offenses and defenses. In such cases, usually, games are decided by the slimmest of margins and I would believe that to be the better defense in this case. Houston has a great passing offense while Cincinnati is ranked 3rd in the country in pass defense, allowing just 161.6 passing yards per game. Houston also has a respectable pass and rush defense, allowing 102.5 rushing yards and 205 passing yards. I side with Cincinnati here but they will have difficulties getting a big lead. 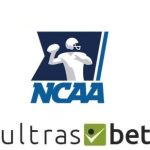