The Oilers have lost 7 of their last 8 games and they are also coming off a 5-2 loss to the visiting San Jose. Cam Talbot allowed 5 goals on 31 shots which is not a very good trend. The Penguins on the other side are playing much better in the second half of the season. They are coming off a 4-1 victory over Philadelphia.

Matt Murray picked up the win with a 50-save performance. Edmonton doesn’t have the ability to threaten them this much offensively and I expect the Penguins to get the victory fairly easily.

Pick: Pittsburgh to win at

The Canucks are in a goalie crisis at the moment. They were forced to start the backup Mike DiPietro who was called up to the team not while ago. Marek Mazanec was brought in from New York with a trade but he is not very reliable as he last appeared in an NHL game in 2016.

The Anaheim Ducks are also in a such situation but they at least have a 2nd choice goalie who can perform much better. The team is 21-26-9 on the year and it desperately needs another win. Having in mind that both teams will be playing without good goalies, I expect to see many goals in this one. 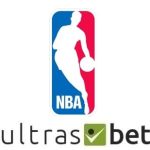