Besides of that, it’s really strange that Clezar won right against Dancevic in 2015 on hard courts in Lexington challenger in straight sets. Before that Guilherme done the same earlier in 2015, but on clay in Vicenza.

Soon Frank Dancevic will put the end of his career. Nowadays he’s still 31 years old, but a few days ago he will celebrate his 32nd birthday. Few days ago Frank won one Futures tournament and after that he was superb in David cup, beating Garin and Lama for Canada. We expect to see new nice performance for Dancevic and his first win against Clezar. 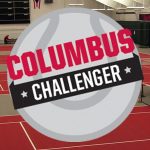