The Green Bay Packers are 5-2 but they lost 2 of their last 3 games. Even Minnesota managed to beat Green Bay and we did not think this was possible, having in mind how atrocious so far the Vikings team is. QB Aaron Rodgers played really well once again, completing 27 out of 41 throws for 291 yards, 3 touchdowns, and 0 picks but the defense just could not hold Dalvin Cook off. He had 30 carries for 163 rushing yards and 3 touchdowns.

The San Francisco 49ers are 4-4 and it looks like they are falling apart. They lost to the Seahawks last week 37-27 in a game where Jimmy G was replaced by Nick Mullens during the game. The backup QB completed 18 out of 25 throws for 238 yards and 2 touchdowns but the rushing game was really neutralized as RB JaMycal Hasty rushed for just 29 yards and a touchdown.

Kyle Shanahan is a competent head coach who will start running the football and taking the ball away from Rodgers’ hands. They still have a very good run defense but the real question is will they be able to contain Rodgers. Anyway, 7 and a half points as a home team should be enough for them to cover against a team that can’t stop the run. 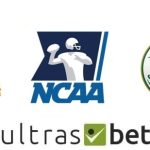