The New York Giants have all sorts of trouble and they are currently standing at 2-10. The team is on an 8-game losing streak and last time out Aaron Rodgers had a very good game against them, finishing with 243 passing yards and 4 touchdowns. The Giants can’t stop the pass at all while their own passing game is not good at all. Daniel Jones finished with 1 touchdown and 3 picks against one of the decent defenses in the league last week.

The NFC East is a mess and the Philadelphia Eagles still have a chance to go to the playoffs. They are 5-7 with 3 straight losses and the last one of them came against the winless Miami Dolphins. The defense could not stop anything that was thrown its way and even though Carson Wentz threw for 310 passing yards and 3 touchdowns, he still couldn’t secure the victory.

The Philadelphia Eagles have the better talent and the better coach. They are a strong group of players that I think will rebound after suffering such a humiliating defeat. Daniel Jones won’t bother the defense at all and Wentz’s good play will finally deliver a dominant win and it will be very important since the Cowboys have just lost against the Bears. 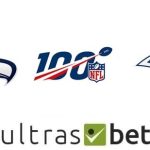 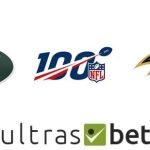