Everton will start the new season of Premier League with a match at home against Tottenham.

Everton has new manager Ronald Koeman and big plans for the new season. Or that’s what they told. So far they sell one of their best players John Stones to Manchester City and bought only the keeper Stekelenburg, Ashley Williams from Swansea for the place of John Stones and Idrissa Gueye from Aston Villa. It’s far to say that this is not very impressive and the fans expecting more from the new owners but we will see what will happen until the end of August.

After the amazing last season which ended a little bit disappointing for the fans of Spurs after the team finished after Arsenal after leading the whole season against them. It’s a new season and everyone waits to see what we can expect from the young team of Tottenham which bought the striker Vincent Janssen from AZ Alkmaar and now they have a good alternative in the attack, unlike the last season. They also took the defensive midfielder Victor Wanyama from Southampton for 15,00 Mill. € and the team seem ready for the season.

[membership level=”0″]This content is for PREMIUM members only. To view our Betting Prediction and Tip for this game you need to Log In or Register

It’s the first official match from both teams and the better team is a guest. I expect very cautious first half with a lot of mistakes from players which will lead to no goals and draw. 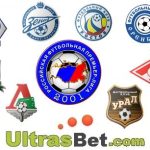 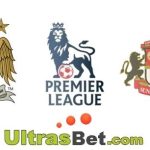