Eastern Michigan will play against Liberty on Saturday at LendingTree Bowl.

Eastern Michigan is 7-5 and coming off a 2-loss 3-game span. The Eagles’ defense is susceptible to allowing lots of points, especially when it comes to rushing the football. They are not that better at stopping the pass but are definitely somewhat stronger on that front. As an offense, the Eagles score 31 points per game with 263.6 passing yards and 118 rushing yards per game.

Liberty Flames is also 7-5 and coming off a 3-game losing streak. They played really bad against the run, especially in their last game against Army. As a whole, they allow just 21.7 points per game but they are really bad against good rushing games. As a passing defense, Liberty is top-3 in the country, allowing just 173.4 passing yards per game.

Eastern Michigan is not as good as people forecasted at the beginning of the season. The Eagles rarely avoid losses due to their inability to rush the football. Opposing teams only need to stop their passes and they win the game. Having in mind that Liberty has one of the best pass defenses in the country, there is really no way for Eastern Michigan to get anything from this game or even come close to covering the spread. 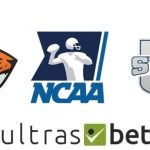