Launched in 2013, Downtown Bingo is one of the more versatile online bingo domains you can find on the net.

Launched in 2013, Downtown Bingo is one of the more versatile online bingo domains you can find on the net. They accept players from virtually everywhere, including the USA. Owned and operated by Vista Gaming, this bingo site features a very simple lobby, easy to navigate menus, and is in many ways a sister site to CyberBingo, one of the first recognized bingo sites on the internet. English gameplay and US dollar/bitcoin currency options are the order of the way over at Downtown Bingo.

Downtown Bingo is officially licensed in Cyprus (unlike its sister site, which is licensed in Costa Rica). This gives them a great appeal to players based in Europe, although, with competition for bingo sites in Europe fierce, the bingo portal has had far more luck with US players seeking to shout “house”. It isn’t all “eyes down and look in” at Downtown Bingo, though; the portal is also known for its generous offering of non-bingo games, too, including some big online casino hits.

Once you have completed the sign-up process over at Downtown Bingo, you will be invited to claim a $25 no deposit required bonus. This no strings attached offer can be used to play many bingo games, and anything you win with that free cash is yours to keep. If you decide to walk away afterwards, you can do.

If you decide to stay, though, you can claim three bonuses, one on each of the first three deposits you make at Downtown Bingo. The first of these is worth an epic 500% match, whilst the second and third deposits you make at the bingo site are worth 600% and 400%, respectively, so fill your boots. The cash-out time for these bonuses is 2-7 days.

Players will also find one of the largest collections of daily, weekly and monthly offers at this bingo site, not to mention a quality VIP/loyalty program. You can bag special cheap tickets, big jackpot games with the Early Bird Special events, while there are over ten regular monthly tournaments, and almost as many daily and weekly ones, too, each with their own unique progressive prize pots. US-based players will love the bingo site’s USA Room offering, which brings a little slice of bingo home to players. There are even a few other promos based on casino games if that sort of thing floats your boat. 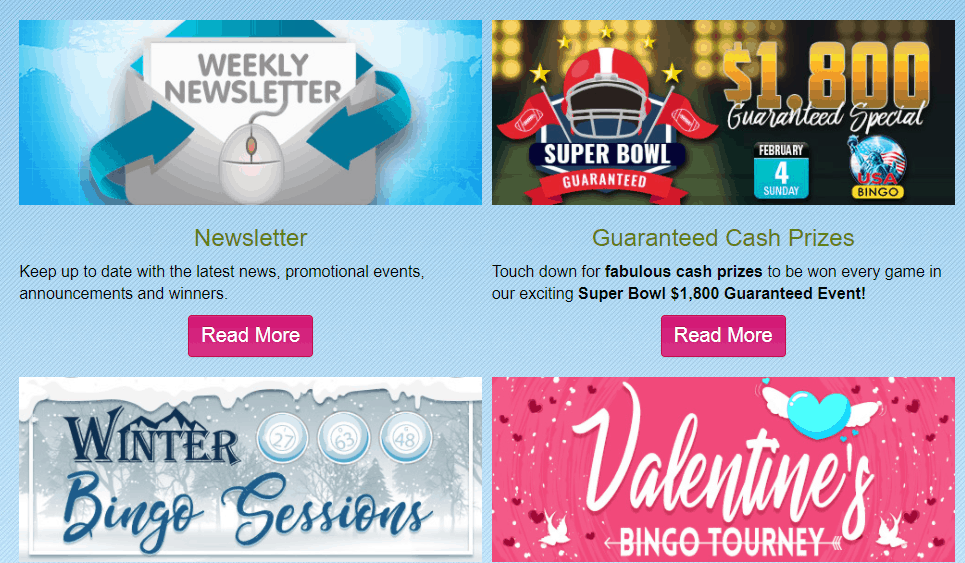 You will have a reasonable array of deposit and withdrawal options to choose from over at this bingo site. Depending on where you reside, you have access to VISA, MasterCard, bitcoin, Neteller, Ecopayz, uPayCard, bank transfer, and Money Transfer deposit methods. However, US-based players tend to favor bitcoin as their method of choice since it leads to fewer complications with their banks.

Withdrawals can be made using most of the payment methods listed above, but once again, US players are somewhat limited regarding which withdrawal options they have open to them. Expect a 24-48 hour pending period before any withdrawals are processed, and it could be a further 24 hours to 7 days (depending on the method chosen) before the transaction clears and you get hold of your winnings. Downtown Bingo doesn’t have the largest selection of individual bingo rooms, and these tend to shut when it gets late – some remain open, obviously. However, there is more than enough going on here to cater to most bingo players’ needs. Alongside those games, you also have a selection of casino games and oddities. Oddities such as keno and scratch cards may not tick your boxes, but slots and video poker games almost certainly will.

Vista Gaming provides many of their own games as proprietary software at Downtown Bingo, and that gives it a unique touch which separates it from other bingo sites. However, if you want to play bigger, more famous games, then both Saucify and BetSoft Gaming have served up a selection of their popular games for you to play, including progressive and 3D slot machines.

Mrs. Green’s Emporium, Double Trouble, Tomahawk, Road Trip, Legends of Olympia, The Purse of the Mummy, Horn of Plenty, Piña Nevada, and Pieces of Eight are all popular slots at this bingo site.

Players with questions can feel free to contact Downtown Bingo’s customer support team via e-mail or live chat. Telephone support (toll-free or otherwise) is not available at Downtown Bingo, due to the wide selection of players from various countries that they accept. 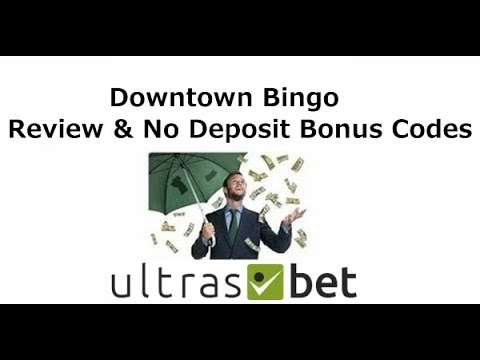 You could do a lot worse than Downtown Bingo. This is an established online bingo site and one which is run by people who know what they are doing. It is worth noting that the list of payment methods is a bit on the skimpy side and that many aspects of this domain are all too similar to the even more popular and famous CyberBingo. However, those two nitpicks aside; Downtown Bingo comes highly recommended for any fan of bingo and slots, particularly those based in the USA.