In the XFL, we will see DC Defenders at Tampa Bay Vipers.

The DC Defenders started the season with two wins over the Dragons and the Guardians. Then, the loss against the Wildcats came and we all saw that the Defenders’ defense is not as solid as we thought it would be. It allowed 39 points in week 3 and what we understood from this game is that Seattle and New York were bad and not that DC was that great. Cardale Jones is completing 58% of his throws for 602 yards, 4 touchdowns, and 5 interceptions.

On the other side, we have the Tampa Bay Vipers who are 0-3 after losses to the Guardians, the Dragons, and the Roughnecks. The team finally scored over 10 points against the great Houston side they faced last week. Unfortunately, the team lost 27-34. The quarterback position continues to be an issue with Taylor Cornelius having just 1 touchdown and 3 picks. Aaron Murray missed the last games due to an injury but he is not much better, having thrown 2 interceptions and 0 touchdowns in the season opener against New York.

Even though the Vipers put on a great performance against Houston, DC is too good of a squad to repeat a poor performance two weeks in a row. The 2.5 line is a gift to me. 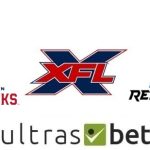 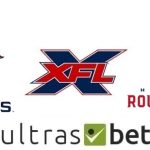