In the UFC 230 main card, we will see Daniel Cormier at Derrick Lewis.

Daniel Cormier enters this fight with a 21-1 record. Even, at the age of 39, he is still one of the most balanced MMA fighters and he still has some pop in his hands to end things while standing up. Cormier is a fighter that likes long fights and he gets better once he gets to know his opponent better. He has won 48% of his matches with a knockout and his only loss came against Jon Jones in 2015.

Derrick Lewis is a knockout fighter and he has won 86% of his fights by knockout. His record stands at 21-5 and he is coming off a win over Alexander Volkov in October. Lewis is coming off a performance of the night victory in which it looked like he was down for the count but ended up producing a third round knockout.

This is a lopsided battle and anything but a win for Cormier looks unbelievable. I expect Cormier to punish Lewis in the late rounds when he is breathing heavily. A win by submission for Cormier looks like a pick with a good price.

Pick: A win for Cormier by Submission (*) from 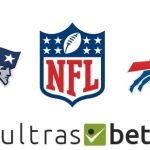 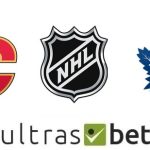