In a game from NFL Week 3, we will see Dallas Cowboys at Seattle Seahawks.

The Cowboys offense is still lacking pieces at the receiver position. Dak Prescott is also having a hard time finding his targets so far in the season. Ezekiel Elliott is the only player on offense who can lead the Cowboys to victories. He rushed for 78 yards and a touchdown in their game against the Giants. On the other side, Dak Prescott logged 160 yards and a TD which is below his standards.

The Seahawks are 0-2 after they lost consecutively to the Broncos and the Bears. These are two teams that mostly rely on their defense to drive things forward. Now, they’re going to face a side which defense is not that solid and their offense is lacking production on the receivers’ end. On Monday, Russell Wilson finished the game with 226 yards, two touchdowns, and a pick, while Tyler Lockett led the receivers on 60 yards and a TD from five catches.

The Seahawks’ defense may be new and still learning but I expect them to do well against Dak and company since I do not believe they will be a big test, especially on the road. These two teams will find it hard to score but I expect the Hawks to get the W eventually because they have the better quarterback who can make things happen on the field. 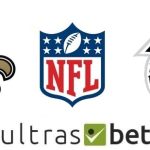 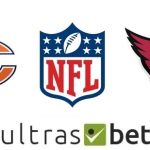