The series between the Los Angeles Clippers and Dallas Mavericks is tied 1:1.

The first match was won by Los Angeles Clippers 118:110. The key, however, for this victory was a mistake by referees which ejected Kristaps Porziņģis in the 3rd period. That was very shocking for Mavericks and they scored only 13 points in that period. The match will be also remembered with the debut of Luka Dončić in playoffs in which the Slovenian scored 42 points and also finished with 9 assists. The things in game 2 were very different and Dallas won each of the first three periods of the match. The final score was 127:114 for Mavericks.

Luka Dončić played only 28 minutes because he had 5 personal fouls early in the second half. However, Luka finished with the most points for his team – 28. Kristaps Porziņģis added 23 points as the only other player with at least 20 points for Mavericks. Kawhi Leonard scored 35 points for Clippers but Paul George was awful and scored only 14 points from 17 field goal attempts. Patrick Beverley missed that game because of an injury.

L.A. Clippers are the favorite to win game 3 but I can’t count Dallas Mavericks after what I saw in game 2. The over seems like the best option for wager when these two teams face each other. 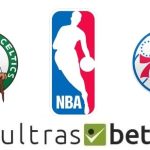 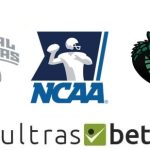