Central Arkansas will play against UAB in week 1.

Central Arkansas are entering this season with a lot of confidence since they finished 9-4 last year. The Bears, however, exit the playoffs in the second round after they lost to Illinois State but overall, it was a solid season for them. In 2020, they started with a 24-17 win over Austin Peay. QB Breylin Smith threw for 283 yards, a touchdown, and two interceptions. The passing game was decent, even though there were some mistakes, and Tyler Hudson finished the game with 82 receiving yards.

UAB finished 9-5 last year. They had high hopes but they were dismantled in their last two games, falling 49-6 to Florida Atlantic and 31-17 to Appalachian State. This will be their first game in 2020 and overall, they have better talent at their disposal, compared to Central Arkansas. RB Spencer Brown was mainly injured in 2019 and I expect him to come back hungry this year. UAB have some big-time receivers- Austin Watkins Jr. and Myron Mitchell. So, if QB Tyler Johnston III level up his game a bit, they will become unstoppable.

Last year, Johnston was averaging 9 passing yards per play. RB Spencer Brown will definitely boost the running game and I expect UAB to score very early. It will become difficult for Central Arkansas to keep up with the offense and we should also have in mind that this is a short week for them. 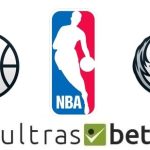 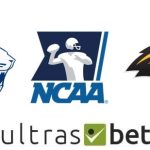