In a game from NFL Week 10, we will see Carolina Panthers at Pittsburgh Steelers.

Carolina recorded their third straight win this season and their record now stands at 6-2. The Panthers dismantled the Buccaneers whose defense was nowhere to be found on Sunday afternoon. The Panthers scored 42 points but their defense allowed 28 in the win. Cam Newton is playing with a ton of confidence this year and he looks like the quarterback he was when he won the MVP. Christian McCaffrey is a big help on offense due to his running and receiving abilities.

Pittsburgh is on the high in recent weeks. They won their fourth straight games as they dispatched a Baltimore squad that looks lost at the moment. The Steelers improved to 5-2-1 on the year and their offense started to shine in recent weeks. Ben Roethlisberger has thrown for 2560 yards with 16 touchdown passes and 7 interceptions. The positive news for the Steelers is that James Connor is replacing Le’Veon Bell very well. He emerged as the starting running back in the Steelers’ line up with the absence of Bell and his abilities are similar to McCaffrey’s. He is also a dual threat in the backfield- able to punish you both on the ground and in the air.

Both of these are high-scoring teams and I expect a shootout. The Steelers tend to be playing well against bad defenses and I also expect them to come away with the win as they did against the Falcons a few weeks ago. 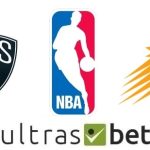 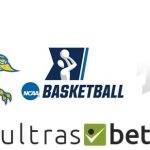