In a game from Stanley Cup playoffs, we will see Carolina Hurricanes at Boston Bruins.

The Carolina Hurricanes won their last 6 consecutive games and they are coming off a sweep against the New York Islanders. The team is averaging 3 goals per game and Teuvo Teravainen leads them with six goals while Jaccob Slavin has 11 assists. Defensively, Carolina allows just 2.2 goals per game and Petr Mrazek has allowed 20 goals on 230 shots.

The Boston Bruins have won their last three games and they are coming off a 6-game series against the Columbus Blue Jackets. The team is averaging 3 goals per game on offense and the Bruins are also scoring on 28.6 percent of their power play opportunities. David Pastrnak leads Boston with six goals, Brad Marchand has eight assists and Patrice Bergeron has 49 shots on goal. Defensively, the team is allowing just 2.1 goals per game and Tuukka Rask has given up 27 goals on 435 shots faced.

The Hurricanes look like a team on fire that can beat everyone at the moment. However, they have lost 5 of their last 6 games against Boston and the Bruins are playing very well at home. I’m still not convinced that Boston will win the series but they will definitely have 1-0 lead after the first game. 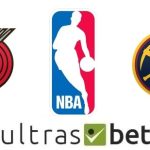 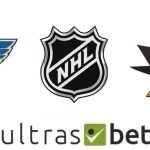