California Golden Bears will play against Oregon Ducks on Friday at Autzen Stadium, Eugene, OR.

California Golden Bears is 1-4 and managed to beat just Sacramento State. We must take into account that Sacramento State is in the Big Sky division which is famous for its below-average teams. In the other 4 games, Cal faced much better teams and they expectedly lost. QB Chase Garbers leads the team with 1245 passing yards, 7 TDs, and 5 picks. On the defensive side, Cal allows 27.6 points per game.

Oregon Ducks is ranked 9th in the country and the Ducks lost to Stanford for the first time out last week. Before that, they even managed to beat Ohio State in week 2, 35-28. The Ducks’ rushing game is amazing, being led by the RB duo CJ Verdell and Travis Dye who have 406 and 382 rushing yards respectively. QB Anthony Brown is completing just 56% of his passes but he is also helping with his legs.

Great teams always bounce back in style after they lose a game unexpectedly. I believe this will be the case for Oregon who lost last week. They will be more motivated than ever to put this disappointment behind them and take it out on the Cal Golden Bears. 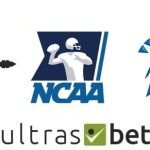 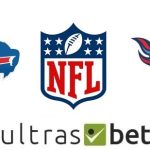