BYU will play against Navy in week 1.

BYU finished last season 7-6 but the Cougars were always an entertaining team to watch. They were averaging 28 points per game while allowing 24. It was a heavily pass-oriented offense that was led by QB Zach Wilson. He threw for 2382 yards, 11 touchdowns, and 9 interceptions. Three of their receivers will not come back for this season as well as their top running back. The offense won’t be the same and I expect some time to pass before they can get the ball rolling.

Navy had an awesome 11-2 season that nobody expected. They will have to replace Malcolm Perry who got drafted by the Dolphins and he was the driving force for the Midshipmen. Sophomore QB Perry Olsen will take his place while leading receiver Mychal Cooper is back for another year. Jamale Carothers was the second leading rusher last year behind Perry and he is expected to carry the load in his absence in 2020.

BYU managed to keep most of their players from last year and this means a lot. Most probably, this won’t be a high-scoring game because the defenses will come out on top and Navy will milk off the clock with their running. 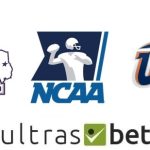