BitcoinRush.io first appeared in 2013 (when it was known as CasinoBitco.in), and is today one of the top-rated all-in-one casino/sportsbooks on the net for bitcoin gaming.

BitcoinRush is a proprietary software online casino that offers casino games, a sportsbook and live betting. Owned by Monster Byte Inc, it is licensed in Panama, is an English and bitcoin currency only casino. The casino claims to be the oldest casino that offers bitcoins as they opened in 2013. Having had more than 1,601,175 games played since inception, and over 32,281,000 mBTC in wagers, the casino is provably fair and offers fast withdrawals via bitcoin.

The casino, at this time, does not have any bonuses available to new players. This is rare in the world of online casinos, and it is probably more ideal to play with a bitcoin casino that offers a welcome bonus. While there are no bonuses to speak of, the casino apparently has a VIP program that will provide special incentives to those who play often.

The quality of gaming at BitcoinRush Mobile is somewhat questionable as it only offers five games that can be chosen from. Those featured are Blackjack, Roulette, Baccarat, Video Poker and Hi-Lo and when looking closely at the interface, it brings one to question the legitimacy of the site, let alone the truthfulness of its games.

Its sportsbook also seems to be lacking and only offers a minimal number of sporting events to place wagers on. In addition, the type of bets being offered is well less than what most would expect to see, and this also applies to its live betting section. 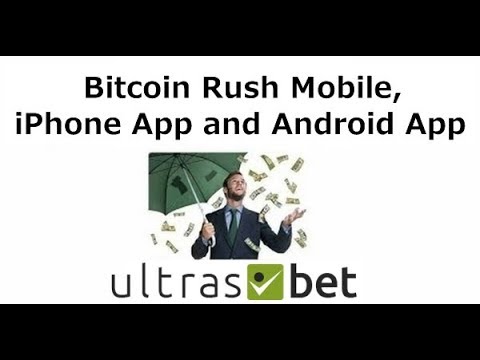 The only deposit/withdrawal option at BitcoinRush Mobile is bitcoin, and the casino support centre is reachable via email, and live chat can be accessed when logged into your account. Being licensed in Panama, the casino is regulated and used a 2-step process when logging in. This adds an extra layer of player protection and is ideal for mobile users.