BitcoinPenguin is an unusual name for any online gambling portal, but it is at least one you will remember, for better or for worse.

BitcoinPenguin welcomes you with a vibrant deep blue that wonderful presents all it has in store for you. The casino, first established in 2014, has grown to become a respected cryptocurrency casino offering an assorted range of casino games from Betsoft and SoftSwiss. Licensed in Costa Rica, it is offered as an Instant play and Mobile friendly casino.

BitcoinPenguin welcomes its newest players with a 100% bonus valued up to 0.2 BTC or €900. The bonus allows play on any of the games featured at the casino and comes with 35x wagering.

On-going promotions are the key to this casino, as the welcome bonus, while generous does not include a second deposit bonus or any re-load bonuses. Each week there is a weekly high rollers slot competition that will see the ten largest slot players with free spins.

Friday Free Spins is another weekly promotion that will see those who deposited and wagered on Friday receiving thirty free spins on the Betsoft powered slot “More Gold Diggin.”

Finally, there is the Monday Cashback Guarantee promotion. This will award 20% cashback based on losses from the previous week.

The games are powered by SoftSwiss and Betsoft. While not offering the largest library, those they do feature offer intense graphics, high-quality 3D animation and an acceptable selection of game categories that will meet most player’s expectations.

The categories are conveniently laid out near the top of the site and include Slot Competition Games, Featured games, Jackpot Games, Casual games, Roulette, Poker games, Video Poker, Card games and slots. Also, the casino allows players to sort games based on those most popular, new games or by alphabetical order. 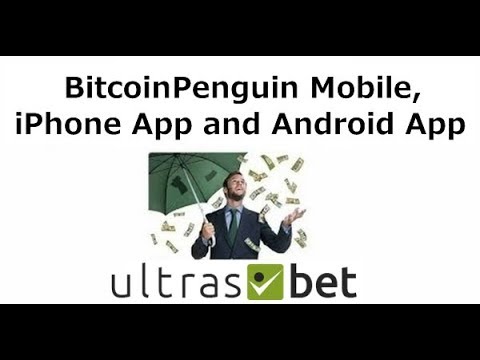 BitcoinPenguin offers two methods to contact its support team. The first of those is through the use of an email entry form, and the second via a live chat feature. Support is available at all times of the day and response times to email queries are within 2 hours. With respect to its security features, these include firewall protection for all games, communications and software access, and regarding transactions, SSL encryption technology is in place.