In NFL Preseason Week 2, we will see Chicago Bears at New York Giants.

The Chicago Bears couldn’t win in week 1 mostly because the third-string defense couldn’t hold off the Carolina Panthers. They lost 23-13 in the game where the two quarterbacks Chase Daniel and Tyler Bray combined for 205 passing yards and 0 touchdowns. Ian Bunting made a solid statement with his 77 receiving yards on just three receptions. The defense did a good job until late in the second half.

The New York Giants offense was really impressive in the 31-22 win over the New York Jets. Daniel Jones and Eli Manning didn’t have a job to do in this contest and the two other quarterbacks Alex Tanney and Kyle Lauletta finished the game with 306 passing yards, 2 touchdowns, and 0 interceptions.

Even though the Bears are expected to start more key players in this game, it is still impossible to think that they will turn things around because the Bears gameplay looked awful in the second half against Carolina. 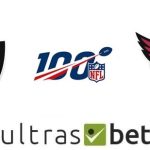 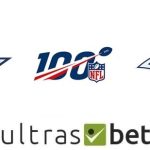