Auburn will play against Northwestern at Vrbo Citrus Bowl.

Even though Auburn is over .500 again, this is another unsuccessful campaign for the Tigers. They started the season as a ranked team and finished outside of the top 25 with losses against Georgia, South Carolina, Alabama and Texas A&M. QB Bo Nix is completing 60% of his throws for 2123 yards, 11 touchdowns, and 7 interceptions. I must admit that much more is expected from him as right now the ground game is what is getting him the victories.

Northwestern is 6-2 but the Wildcats are coming off a loss against Ohio State. They contained the Buckeyes’ offense and gave up just 22 points. The defense has been the difference maker this whole year as it is allowing just 15.5 points per game. On offense, it is really the ground game and the few glimpses of magic that QB Peyton Ramsey is producing. He is completing 59.9% of his passes for 1442 yards, 9 touchdowns, and 8 interceptions.

This will be an ugly low-scoring game where I favor Northwestern. They already showed that they can compete with the best in the country and limited plenty of explosive offenses. They will put some points on the board early in the game and never look back. 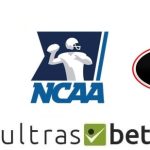 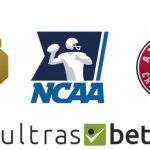