In a game from NCAAB, we will see Alabama Crimson Tide at South Carolina Gamecocks.

The Crimson Tide are struggling to score the basketball this season. They have been very inconsistent, which ranks them 279th in field goal percentage and 288th in 3-point percentage. Alabama are relying on their defense and their rebounding abilities (39 rebounds per game- good for 38th in the country). Alabama is one of those teams who play the same way on the road as well as at home. The Crimson Tide managed to beat Georgia on the road a week ago by 80-60 but they lost at home to Auburn by 82-77. Braxton Key has played in 22 games for Alabama this season and he has proven to be their ’key’ player, averaging 12 points and 6 rebounds per game.

South Carolina lost only 4 games this year, one of which came against Kentucky on the road 5 matches ago by 85-69. Since then, the Gamecocks defeated Auburn, Missouri, LSU and Georgia. The interesting is that South Carolina is playing to the strength of its opponents and the Gamecocks tend to get sloppy if they are playing a smaller side. However, Thornwell and Dozier have been helpful in each aspect of the game. Thornwell averages 18 points per game, 6.6 rebounds, 2.8 assists, 2.2 steals and 1 block while Dozier averages 14 points, 4.5 rebounds, 2.9 assists and 1.9 steals. These players have been improving on defense and this was well seen in the previous games.

[membership]I think Alabama’s struggle to score points will cost them winning this game. Their biggest strength- the rebounding, won’t be a factor against South Carolina who have much bigger and stronger players who will outrebound the Crimson Tide. This will result in second chance attempts which will lead to South Carolina covering the points spread in high-scoring affair. 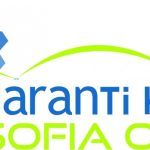