The San Francisco 49ers are 12-3 and they are playing a very interesting kind of football. The team has a good, young and fast defense and is capable to shut you down completely one day and then allow over 30-40 points on the next one. Last time out, the 49ers beat the Rams, 34-31. QB Jimmy Garoppolo had a game he would want to forget after throwing a couple of picks and having 248 yards. He is lacking running game at the moment with Matt Breida out. Tevin Coleman is not living up to the expectations and this is costing them yardage on the ground.

The last time these two teams met, it was Seattle who got the victory. The Seahawks are 11-4 after losing to the Cardinals last week. The loss was not the toughest thing in the world after that game. It was actually the fact that they lost both of their running backs and now they signed Marshawn Lynch for the upcoming games. He has not played for a whole year and he will certainly be rusty on Sunday. QB Russell Wilson is having another MVP-ish campaign and if you take him out of the Seattle’s team, they won’t be even close to making the playoffs.

This one would have been much tougher to predict if Wilson had any running game at his disposal. But this time, it will be just him against the whole 49ers defense. San Francisco will be eager to take revenge and I believe that this is exactly what will happen on Sunday. 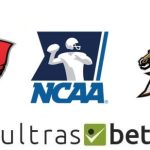