The San Francisco 49ers are the team in form this month. They lost just once in their last 6 games and their defense looks amazing. They held Atlanta to just 13 points last Sunday with the Falcons’ rushing game being absolutely stopped. The 49ers also managed to outgain their opponents by over 100 yards. The offense continues to improve with each week while the defense looks healthier than ever.

Tennessee is 9-5 but their recent form does not suggest that. Their only loss in their last 4 games came against the struggling Jaguars. During that run, they lost to the Texans, Patriots and Steelers. The Titans haven’t scored more than 20 points in all of these 4 games and the offense does not look like itself. The Titans continue to rush the football efficiently even without RB Derrick Henry but the passing game is just non-existing at the moment.

With all this being said, the Titans will face one of the best rush defenses in whole football. Not to mention that the 49ers are probably the hottest team in the NFL right now. Expect an easy outing for San Fran, a similar game to their one against the Falcons. 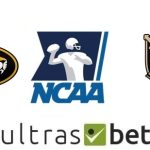 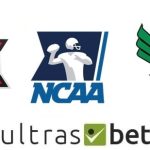