Wexford Youths hosts St. Patricks in a game from the 19th round of the Ireland Premier Division.

Wexford Youths have played 20 matches and had 15 points – two less than Bray Wanderers which are the first team that is not in relegated zone. After 6 losses in a row, they managed to win their last match from championship against Finn Harps win 0:1 and they will try to win new points at home.

The team of St. Patricks is on 7th place with 23 points. They are also in series of four losses in a row in Premier Division and the reason for that can be their participation in Europe League but now they can focus again on the championship after being eliminated from Dinamo Minsk in the 2nd qualifying round.

This will be a perfect opportunity for the Wexford Youths to record another win because the team of St. Patricks still will be not at their best after being eliminated and can continue their series of defeats in the championship. If the hosts didn’t win I think that they will at least win a point from St. Patricks. 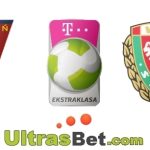 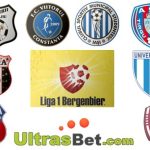