In a game from NBA, we will see Washington Wizards at Atlanta Hawks.

The home team in this game – Atlanta Hawks, is on the last 5 positions in the Southeast Division with 6 wins and 23 losses this season. Atlanta Hawks recorded three losses in their last three games. The Hawks was defeated by Brooklyn Nets 144 – 127 in their last game three days ago. Before that they losses against Boston Celtics (129-108) and Dallas Mavericks (114-107).The last victory of Atlanta Hawks is 10 days ago when they defeated Denver Nuggets 106-98 at State Farm Arena. John Collins leads the Hawks in scoring with an average of 18.5 points per game. He also is first in rebounding with averages of 9.3 rebounds per game. while Trae Young leads in assists with an average of 7.2 per game.

The Washington Wizards are on the 4th position in the Southeast Division with 12 wins and 18 losses this season. The statistics of the guests are much better than Atlanta’s performance. Washington Wizards won their last game against Los Angeles Lakers 128-110 and now will strive for a second successive victory for the first time since 6 December. Bradley Beal leads the Wizards in scoring with an average of 23.2 points per game, while Dwight Howard is first in rebounding with averages of 9.2 rebounds per game.

Washington Wizards won their last game against Atlanta Hawks 131-117 earlier this month and we think that the guest will again be the winner. 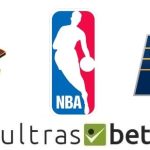