In the last game from NFL Week 5, we will see Washington Redskins at New Orleans Saints.

After Kirk Cousins’ departure, the Redskins were thought to be doomed for a poor season with other valuable picks in the draft taken. The defense is one of the best in the country at the moment, even though they do not have any big names there. They held Aaron Rodgers and the Packers to just 17 points and 240 yards 2 weeks ago in a 31-17 win. QB Alex Smith completed 12 of his 20 passes which was good for 220 yards, two touchdowns, and one pick. Washington is currently third in total yards allowed and passing yards allowed.

The Saints have won 3 consecutive matches since losing their season opener to the Buccaneers. In their last win over the Giants, Drew Brees threw for 217 yards and Alvin Kamara rushed for 134 yards and 3 touchdowns. Brees is playing on the same high level he’s always been playing, however, the defense is very inconsistent. For example, they gave up 37 points to Atlanta and then kept the Giants to just 65 rushing yards and 234 passing yards.

The Redskins are a typical old-school team that likes to pound the ball to their running back and their quarterback isn’t making many plays. The Saints’ run defense, however, is allowing just 79.5 yards per game. I believe that Washington will have trouble converting on 3rd down and the Saints will cover the spread. 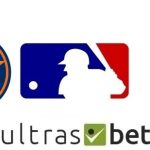