Washington Huskies are having a season to forget after losing 4 of their first 6 games of the campaign. The Huskies were only able to beat Arkansas State and Cal but lost to Montana, Michigan, Oregon State, and UCLA. The team has been famous for its defense for a whole decade and now the Huskies are allowing 20.3 points per game which might be low for other teams but it is high for Washington. On top of that, Washington is scoring just 23.5 points per game.

Arizona Wildcats are 0-6 and all of their games but two have been blowout losses. Interestingly, these two games came against a weak Northern Arizona side and a low-scoring BYU team. The Wildcats are so bad on offense that they are scoring just 14 points per game which makes their scoring offense one of the worst in the country, ranking them at 272nd place. The defense at the same time is the 25th worst, allowing 32 points per game.

Arizona likes to lose games by big margins but Washington is not capable of scoring a lot. I expect this game to be close for the most part with Washington winning by as many as 2 TDs. 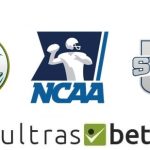 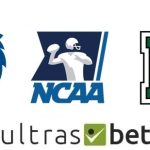