In Monday Night Football Week 13, we will see Minnesota Vikings at Seattle Seahawks.

The Minnesota Vikings are on a 2-game winning streak at the moment and their record is 8-3. They will certainly get to the playoffs but they continue to be as inconsistent as they can be. After beating the Cowboys 28-24 on the road in a prime time football game, they almost lost to the Denver Broncos last week. The team was falling behind by 23 points after half time but they managed to win 27-23 at the end. Kirk Cousins had a very good game, completing 29 out of his 35 passing attempts, 319 yards and 3 touchdowns. Dalvin Cook has not been playing very well in recent weeks and he even finished with just 26 yards against the ferocious Broncos‘ front seven last Sunday.

The Seattle Seahawks are 9-2 with their only losses coming against the Saints and the Ravens which are probably the best teams in the NFL at the moment along with the 49ers that they already beat, handing them their first loss of the season. This is a different Pete Carroll‘s team. Seattle is averaging 26.5 points per game which is good for 6th place in the league rankings while the defense is allowing 24 points. In their last game, however, the Seahawks kept the Eagles to just 9 points and this was also the first game where Russell Wilson did not need to play exceptionally well, in order for his team to win. Actually, RB Rashaad Penny stole the show as he finished with 129 rushing yards and a touchdown on 14 carries.

Minnesota hasn’t beaten any team with a winning record except for the Dallas Cowboys who have so many problems this year. Seattle will have home field advantage and the better QB at its disposal. 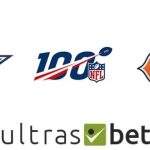