In a game from NHL, we will see Vegas Golden Knights at San Jose Sharks.

The Vegas Golden Knights lost in the Stanley Cup Finals last year but they are not as nearly as good this year. The team is averaging 3 goals per game and they are also converting on 17 percent of their power play opportunities. The team’s problems come from the defense which is allowing 2.8 goals per game and they are killing 81.1 percent of their opponents’ power plays. Marc-Andre Fleury has given up 152 goals on 1745 shots faced.

The San Jose Sharks are in the playoffs for a fifth straight year and most of the time they are progressing to the next round. The team is loaded on offense and it is averaging 3.5 goals per game while converting on 23.8 percent of their power play opportunities. On defense, they allow 3.2 goals per game and the allowance of goals is the one thing both teams have in common. 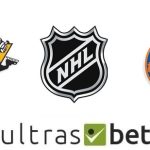