In NCAA Football Week 4, we will see Utah Utes at USC Trojans.

The 10th ranked Utah is still unbeaten and it will be playing against USC on the road in week 4 of college football. QB Tyler Huntley is almost perfect throwing the football as he went for 602 passing yards, no picks and 4 touchdowns on 78% completion of his passes. Zack Moss is also unstoppable running the football with 373 yards on 57 carries and 4 touchdowns. Defensively, the team is allowing just 9.7 points per game which is one of the best records in the entire country.

On the other side, we have the Trojans who are averaging 34 points per game but the defense is allowing in bunches- 24.3 points per game. Even though Kedon Slovis is having an inconsistent year, he has managed to get his team to a 2-1 start behind his 715 passing yards, 5 touchdowns, and 4 interceptions. Vavae Malepeai is the other offensive force as the running back has earned 272 yards on 58 carries and he also has 4 touchdowns.

USC is a very good home team and they beat Stanford two weeks ago. The loss they suffered against BYU in overtime was a bit unexpected and I believe that they will have a much better performance against Utah. I’m still not sure if it will be enough for an upset because the Utes rarely make mistakes on offense. 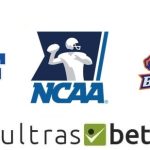