In a game from NCAAF, we will see the teams of USC Trojans at Penn State Nittany Lions on Monday at Rose Bowl, Pasadena, CA.

Penn State was one of the most exciting teams in college football but it was controversially left out of the playoff battle, despite losing only one game. The Nittany Lions won their conference which is the best in the NCAA but they finished 5th behind the Ohio State Buckeyes. Trace McSorley set the school’s record with 3360 passing yards and 25 touchdowns.

USC finished the season on an 8-game winning streak following a 1-3 start that included a blowout loss to Alabama, although the Trojans’ defense is considered one of the best in the nation. Freshman Sam Darnold finished the season with 26 touchdown passes while completing nearly 70 percent of his passes. Ronald Jones II helped him with his running abilities, going for over 1000 yards and he is averaging 7.8 yards per carry.

I think this game’s winner will be decided late in the fourth quarter and I won’t be surprised if Penn State wins it. The Nittany Lions will rely on Barkley to help them on the ground while we all know what McSorley can do even against an elite defense. 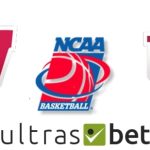